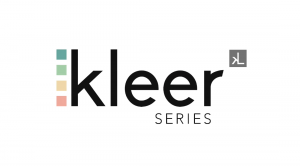 Earlier this month a new video series primarily aimed at 14-18 year olds (although it could work with younger ages) was launched. Kleer series is a new series of videos aimed at engaging young people with issues of faith in a culturally relevant way.

The resource website states ‘Are you looking to help young people explore their spirituality, identity, purpose and faith?’ which provides a good overview for the resource (you can also download 4 to evaluate from their website)

Here at Youth Work Resource I was able to download the first season to let you know my verdict and where to pick up the series. So here are my thoughts…

The concept of a youth group video series isn’t new…11 years ago Rob Bell launched his Nooma series (which I still love) and in recent years as producing good quality video has become more do-able we’ve seen the Youth Alpha Film Series, Deep and various others.

Whereas many of these assume some kind of spiritual knowledge from young people the Kleer series doesn’t, making it almost a pre-alpha resource. This means that it gives you a fantastic way to begin discussing spiritual issues and the big questions of life with young people in an engaging way.

The format of each video is largely similar. The 6 minute videos tend to contain an introduction, some kind of testimony or anecdote/visual, a conclusion of sorts and 3 conversation starters for you to use with your group. The videos have a variety of presenters (all-be-them mostly male) who are engaging and challenging to listen to.

In series 1 we see issues such as celebrity culture, spiritual journey’s, creation and personal reflection tackled amongst other issues which will be relevant to the young people you work with.

As a youth worker who has previously struggled to find ways to begin those conversations of faith with young people I think Kleer is a fantastic new resource and certainly one worth picking up. It’s well produced, just about the right length and provides questions to follow up the video with young people. It could be ideal as part of a lunchtime club, God-slot or could even work in an RS lesson.

Verdict: So what’s the verdict? – Kleer fills a gap that has been needed to fill when it comes to youth ministry resources, it’s put together well and has some really thought provoking questions…it would have been nice to see a more balanced ratio of male to female presenters though!

Where to get it – Kleer can be purchased from their website and also comes as part of YFC’s new ‘Frames’ resource for 11-18’s.

Prividing quality Youth and Schools Ministry resources for free for over 10 years.

For our 100 Questions Youth App

This website uses cookies to improve your experience while you navigate through the website. Out of these, the cookies that are categorized as necessary are stored on your browser as they are essential for the working of basic functionalities of the website. We also use third-party cookies that help us analyze and understand how you use this website. These cookies will be stored in your browser only with your consent. You also have the option to opt-out of these cookies. But opting out of some of these cookies may affect your browsing experience.
Necessary Always Enabled
Necessary cookies are absolutely essential for the website to function properly. This category only includes cookies that ensures basic functionalities and security features of the website. These cookies do not store any personal information.
Non-necessary
Any cookies that may not be particularly necessary for the website to function and is used specifically to collect user personal data via analytics, ads, other embedded contents are termed as non-necessary cookies. It is mandatory to procure user consent prior to running these cookies on your website.
SAVE & ACCEPT